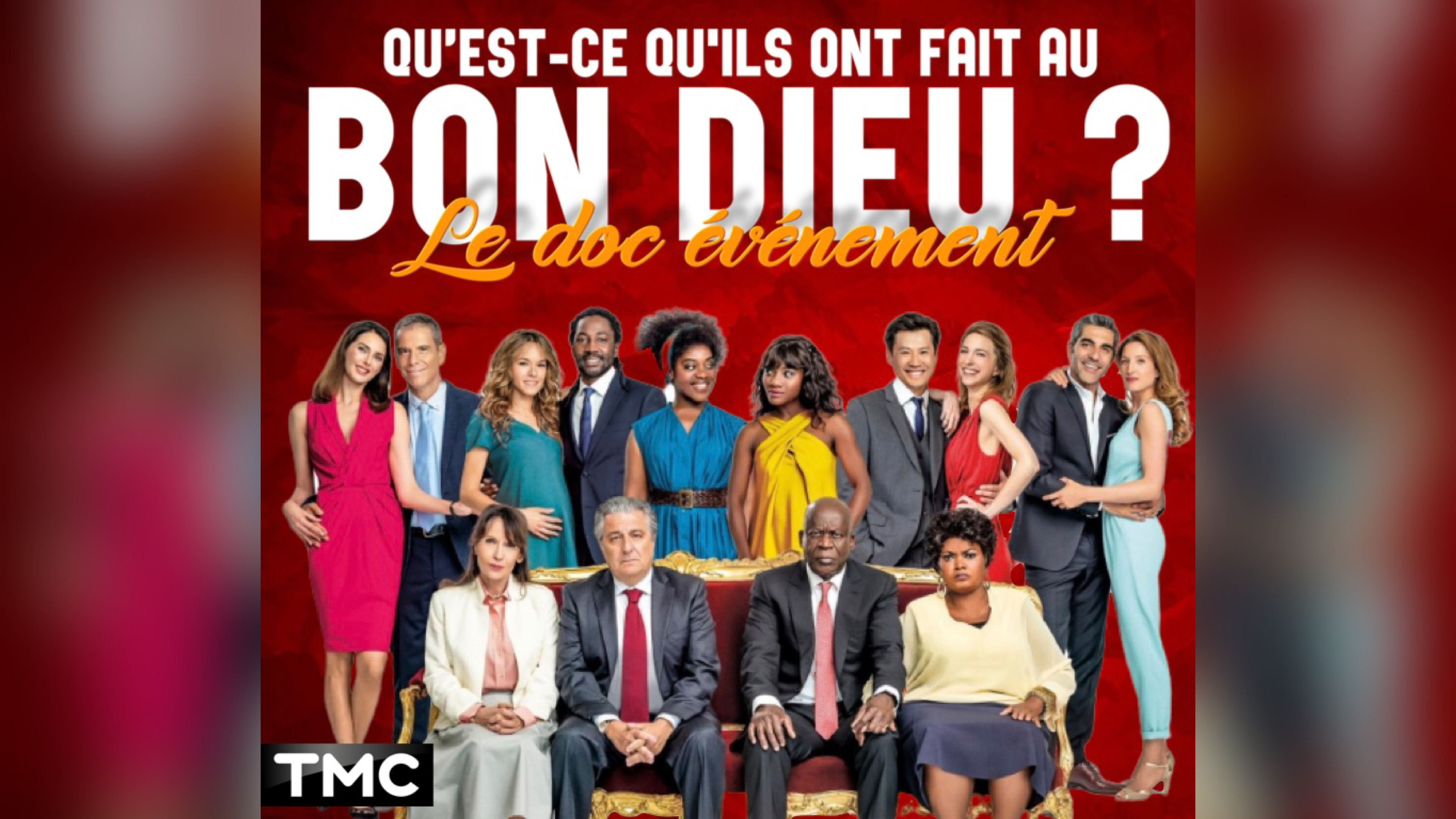 a phenomenon that Tuches everyone...

Qu’est-ce Qu’ils Ont Fait Au Bon Dieu? was the cult comedy of 2014. In just a few months, the bourgeois couple played by two ambassadors of French humour, Chantal Lauby and Christian Clavier, seduced 12.5 million spectators and the story of the mixed marriage of their four daughters resonated in the minds of the French. It became a call for tolerance and a social phenomenon.

Now the Verneuil family returns in a much-awaited sequel and once again the family’s equilibrium is threatened. Go behind the scenes of the filming of these two movies with never-before-seen making-of footage as well as scenes cut during editing. You’ll learn all the family secrets and we’ll also show you the images from the Paris premiere. To better tell you about this exceptional adventure, we met exclusively with all the actors, from Christian Clavier to Chantal Lauby, from Ary Abittan to Frédérique Bel, from Medi Sadoun to Frédéric Chau, and not forgetting the director Philippe de Chauveron, Romain Rojtman the producer, and Guy Laurent the scriptwriter. With more than 20 million admissions worldwide, the comedy surpassed Star Wars, Le Dîner de Cons or Le Grand Bleu, becoming the twentieth biggest movie hit of all time on French territory, and nobody saw it coming. So, what have they done to the Good Lord now?