Satisfaction Group, through its subsidiaries, produces around 1,000 hours of programmes every year that are broadcast on all the country’s television channels, suit all slots, and cater for every type of audience.

We draw on our unique expertise in the French market and on our teams’ savoir-faire to provide a plethora of productions that range from shiny-floor shows to reality TV, from documentaries to magazine shows, from game shows to storytelling programmes.

Our skills extend to other genres such as fiction, live performance, and digital and corporate contents.

Our creativity and deep knowledge of the French and international market also enable us to adapt successful formats from abroad for the domestic market, and to export our major brands to around 40 countries.

Inventiveness is at the heart of our philosophy. We also pay particular attention to the changes in our industry and the increasingly complex challenges these bring, and how to innovate in reaction.

July 2020 marks a new stage in the growth of Satisfaction Group with the acquisition of the French operations of Sony Pictures Television; Sony Pictures Television France and Starling. These companies specialise in the production of game and entertainment programs for TF1, France Télévisions and M6 with emblematic shows such as “The Newlywed Game”, “Brainiest”, Who wants to be a millionaire”, “Dragon’s Den”.

We are a company on a human scale, and above all a family business whose culture is shaped by the values of sharing and mutual support.

Excellence, creativity, innovation and agility form our DNA and enable us to anticipate market trends.

We aim to be open-minded and like being challenged out of our comfort zone.

These are the guiding principles that let us excel each and every day. 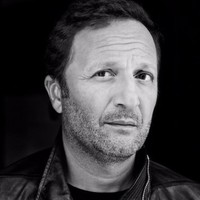 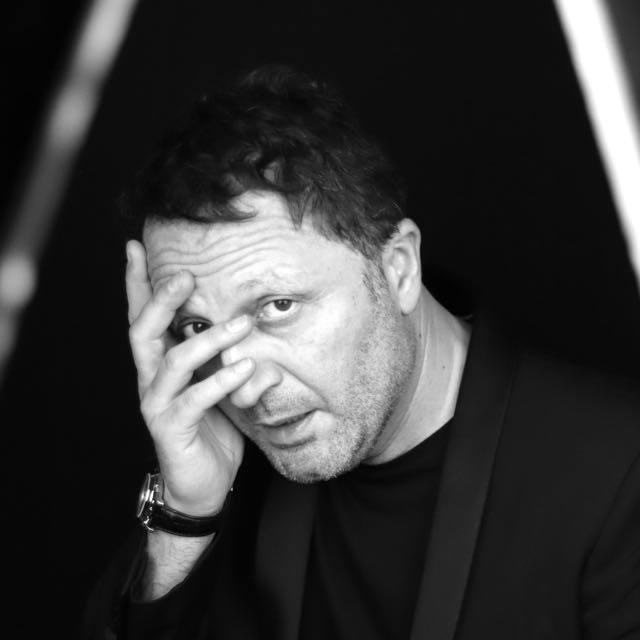 Jacques ESSEBAG began his career on a local radio station, Radio Massy Palaiseau, in the Paris suburbs, before switching to Radio Nord Essonne, where he hosted a programme called Tonus. He quickly came to the attention of the boss of Radio RFM and, in 1987, was invited to take part in a radio presenters contest, which he won. He was then hired to host a nighttime show on RFM, which he did for just a month before being catapulted into presenting the station’s primetime 6 to 9 am slot.

It was at this point that he adopted the pseudonym Arthur. In 1988 he continued his career at Kiss FM. A year later he jumped ship for Skyrock radio, and in 1991 went to join the team at Fun Radio. He then spent four years at Europe 1, and three at Europe 2, before finally returning in 2000 to Fun Radio, where he stayed for four years and set up Planetarthur.com, the company that produces the radio shows he hosted. Then came a two-year stint back at Europe 2.

In 2010, Arthur bought OÜI FM and the following year purchased Radio de la Mer, which was sold in 2019 to GROUPEMENT 81.

Since 1992, Arthur has hosted the following shows:

The year 2019 marked a second turning point for AWPG with the acquisition of We Events, an influential digital marketing agency, and of the audiovisual production companies La Grosse Equipe and Enibas by Satisfaction.

La Grosse Equipe was created in 2005 by Thibaut Vales, Jeremy Michalak and Zumeo. It specialises in the creation of original formats for non-scripted and variety shows as well as Reality TV (Les Anges, Friends Trip…).

The group is constantly evolving with the creation of new subsidiaries and activities. The Ma Génération company has since late 2017 been running the Wada7 project, the leading social media for Arab youth which boasts more than 12 million subscribers around the world.

ALEF ONE is an independent production company founded in 2018 by Nora Melhli and Arthur Essebag. ALEF ONE develops and produces series and films for French and international markets.

July 2020 marks a new stage in the growth of Satisfaction Group with the acquisition of the French operations of Sony Pictures Television; Sony Pictures Television France and Starling. These companies specialise in the production of game and entertainment programs for TF1, France Télévisions and M6 with emblematic shows such as “The Newlywed Game”, “Brainiest”, Who wants to be a millionaire?”, “Dragon’s Den”

Arthur started his stage career in 2005, with Arthur en Vrai, a self-penned one-man show directed by Isabelle Nanty. The show was enjoyed by more than 100,000 spectators as it toured across France, Belgium, Switzerland and Canada.

A new theatrical adventure began in 2007 when he revived the role of Pierre Brochant opposite Dany Boon in Francis Veber’s iconic play Le Diner de Cons. The play was seen by more than 180,000 people in Paris.

A second one-man show, iShow, written and played by Arthur and directed by Josée Forestier, was born in September 2008 and continued until November 2011.

AW produced Arthur en Vrai and the iShow and co-produced, along with Juste pour Rire, the sexy cabaret-circus and rock show La Clique.

Fred Bauer, through his company Manolou, brought his talent and artistic skills to strengthen AW’s entertainment division in 2011. Together they produced a host of shows:

1ère Consultation: a one-man show played by Issa Doumbia, directed by Papy, and written by Kakoumbe.

Since 2018, AW has been the sole producer of the following:

1ère Consultation: a one-man show by Issa Doumbia, directed by Papy and written by Kakoumbe.

One: a one-man show by Cartman, directed by David Salles, written by Cartman and Julien Schmidt.

Arthur in 2006 founded Serenity Films Company, which went on to produce the following films:

In the US, via the Vendôme Investments company, Arthur produced Source Code, directed by Duncan Jones, starring Jake Gyllenhaal and Michelle Monaghan (released 03/11/2011), and Larry Crowne written, directed and played by Tom Hanks, with Julia Roberts and Gugu Mbatha-Raw (released 06/27/2011). 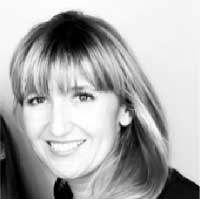 Judith ABOULHEIR has been at Arthur’s side since the AWPG Group was founded and is currently Chief Executive Officer of Satisfaction.

She started her career as a production assistant at Alexandre Films, the company run by Alexandre Arcady and Diane Kurys. She most notably worked on the production of feature films including Pour Sacha, Le Grand Pardon 2, Après l’amour, La Baule les Pins.

After working with them for three years, she began co-hosting, along with Stéphane Tapie, a television show for young people on TF1 called Y a pas d’lézard. She also co-presented Ça me dit…et Vous? with Stéphane on TF1, and coordinated production for the show.

She joined Endemol France in 2000 as a PA to Arthur. She followed him in his new adventure within AWPG, of which she is today the director and manager. 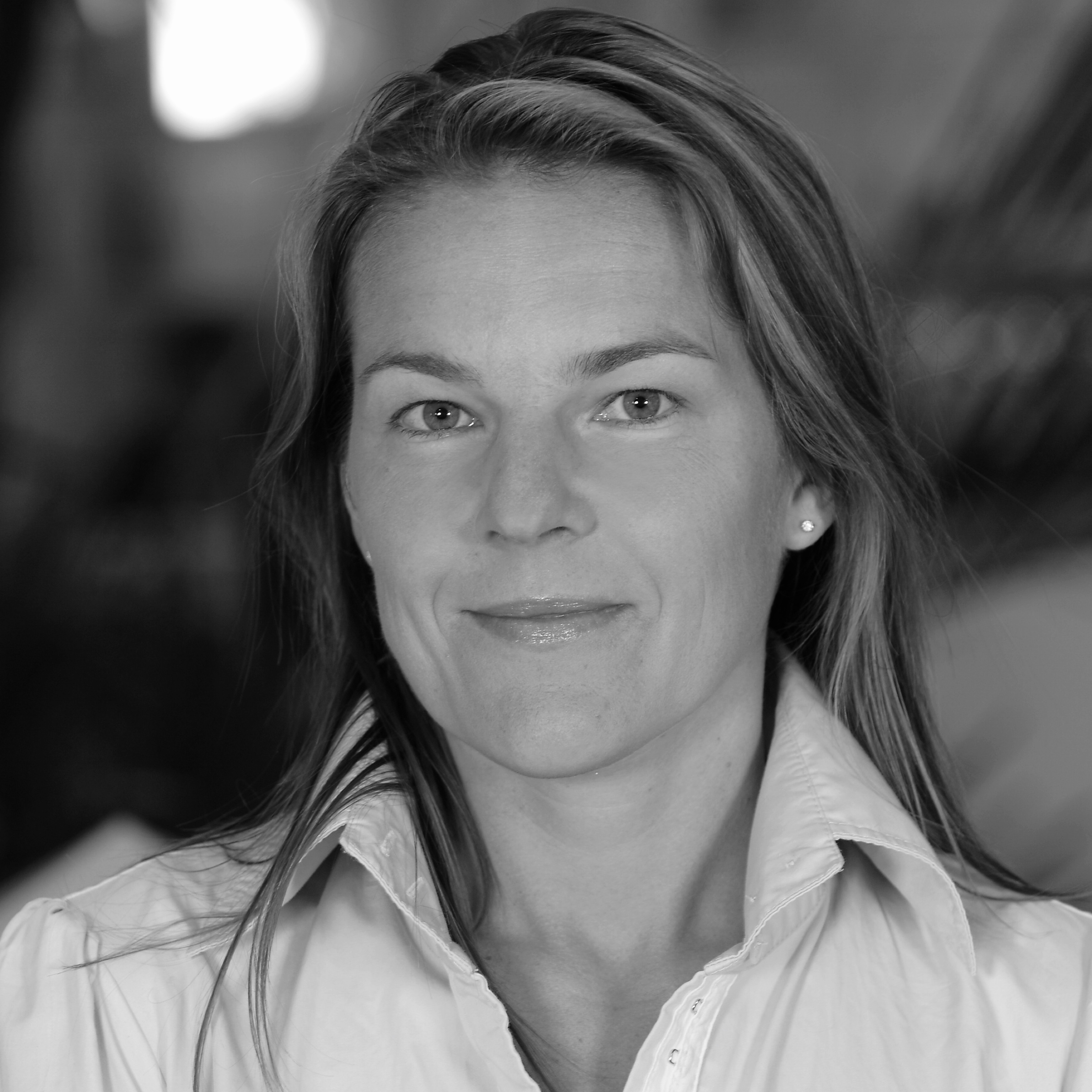 After a Masters in finance and business administration at Paris-Dauphine University, Anne began her career in 1997 at Canal+ Group in their new media business unit as head of programme acquisitions for the innovative digital TV channel C:. She moved in 2000 to Game One, the video game television channel, to drive its expansion as manager of French and international development. Four years later she joined Endemol France Group as General Secretary to oversee business and M&A activities and to manage its operational activities and subsidiaries.

In 2018 she turned to scripted content when she joined independent producer Make It Happen Studio to work alongside founder Sydney Gallonde on the development and structuring of the firm’s international activities.

Anne, whose entrepreneurial spirit and international experience has enhanced her career in every job she has held, joined Satisfaction in April 2020 as COO. She thrives in fast-moving environments. 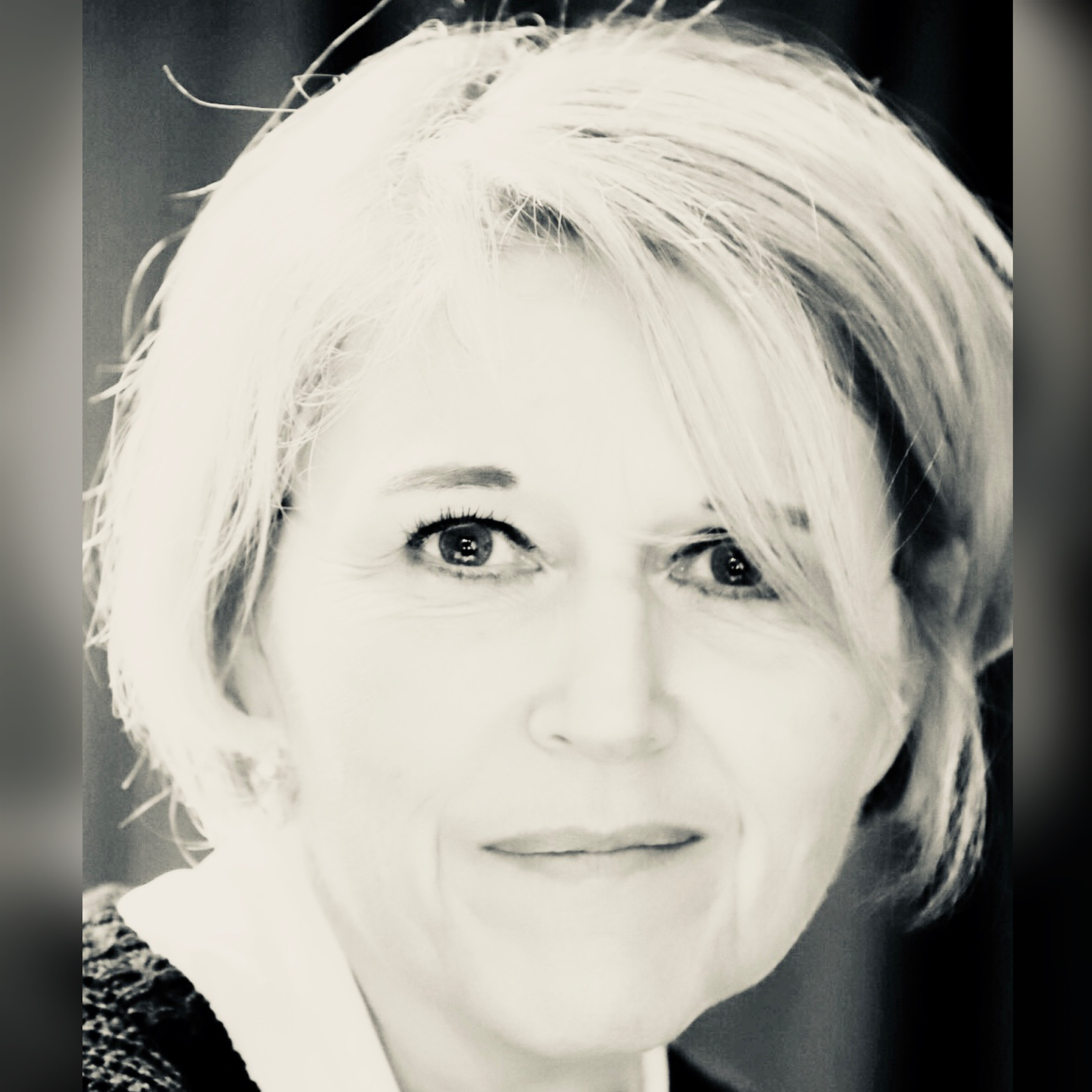 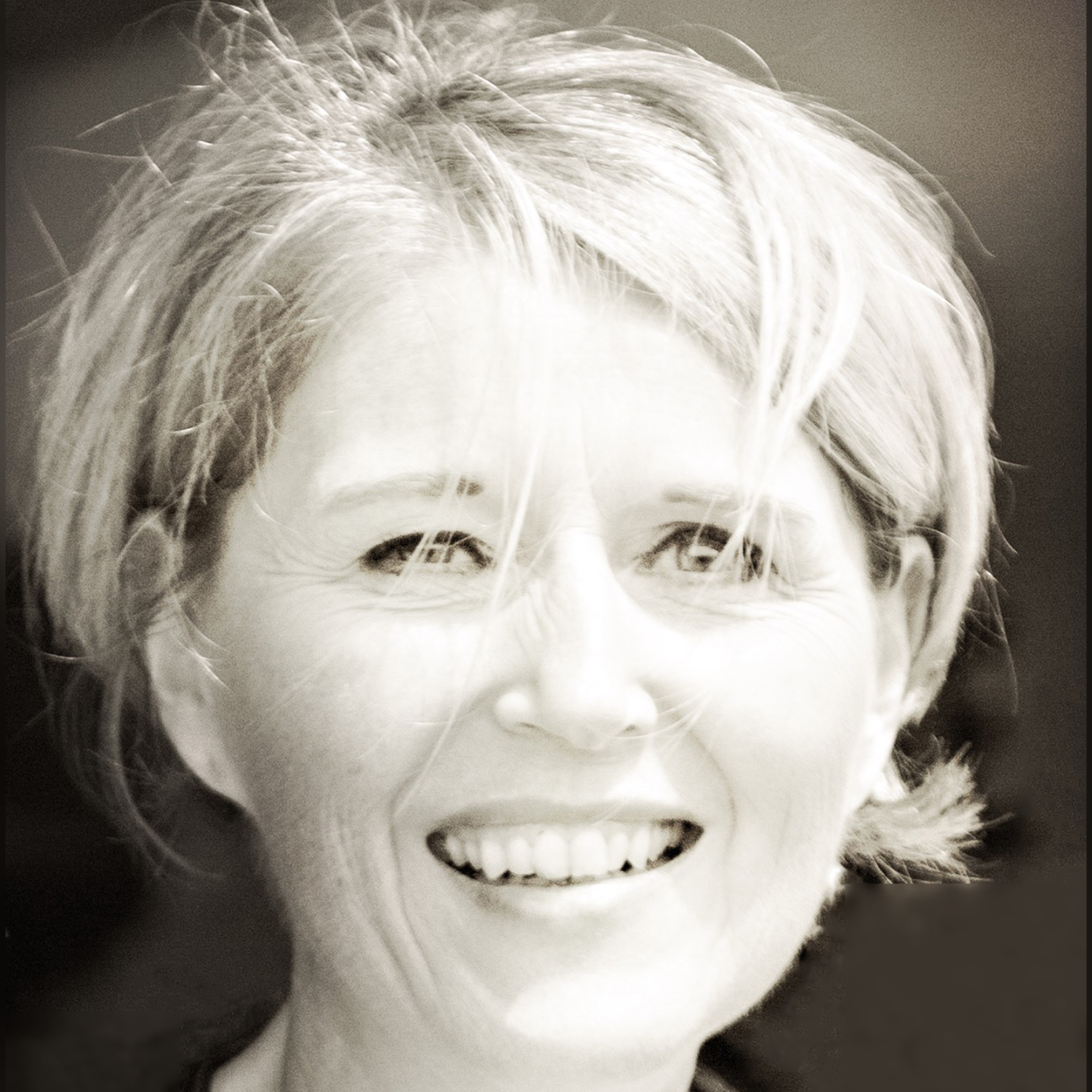 Jacqueline JOBLIN joined Satisfaction at its creation in August 2010. She holds the position of Managing Director and Director of Productions of the group.

She previously worked as Deputy Managing Director at Starling (Sony Group), where she spent 10 years. 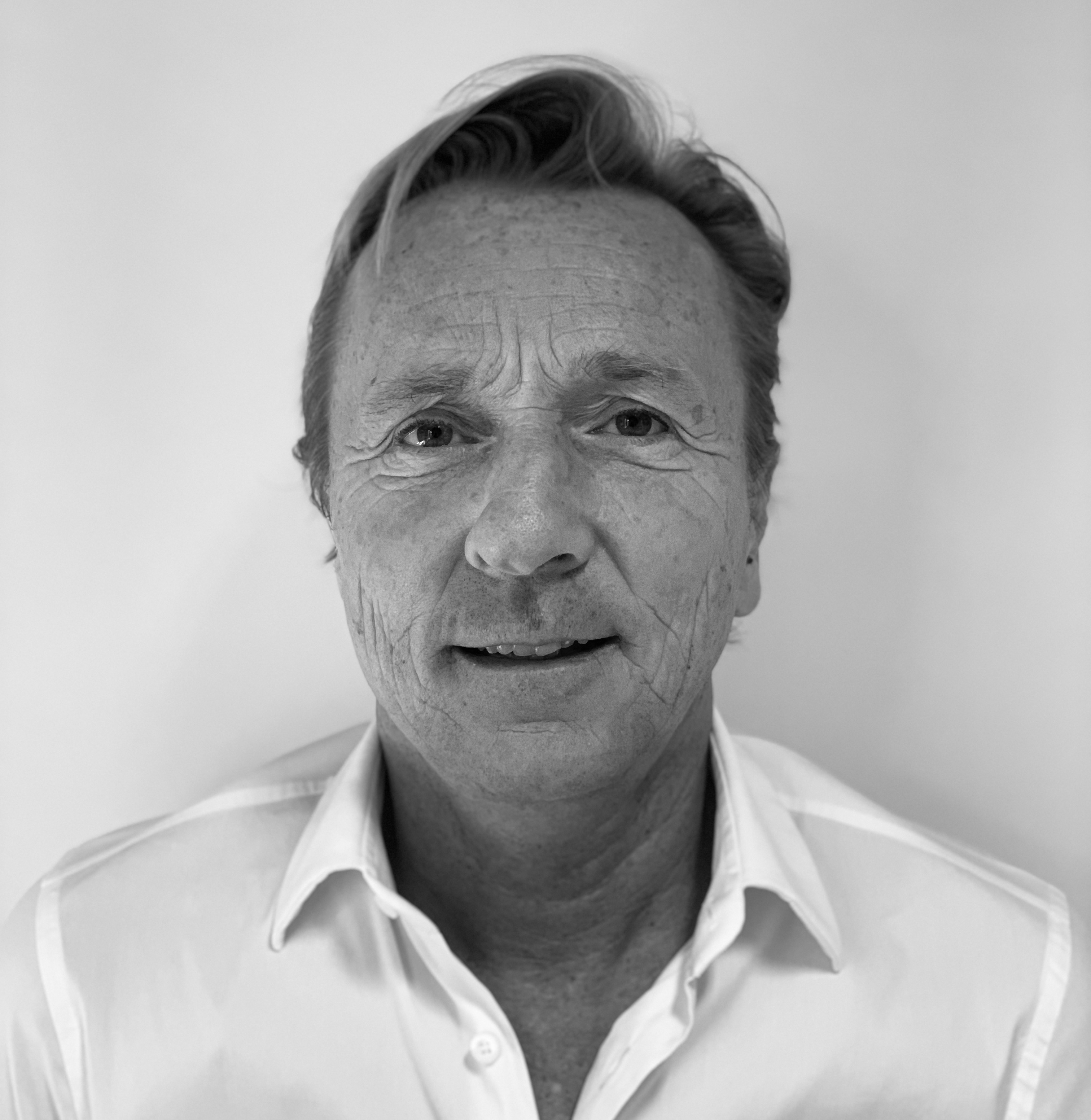 Antoine founded Ah! Production and has been at its helm since 2009. He has created original formats such as Tahiti Quest (broadcast on Gulli), La Villa des Cœurs Brisés, Mamans et Célèbres (TFX), and the documentary series Les Folles Histoires (C8).

After graduating from the American School of Paris and taking a degree at the Sorbonne, he began his career in the industry along with Pascale Breugnot when Ego Production was set up in 2000.

Antoine is now an associate of Arthur at Satisfaction. He also chairs the production company La Grosse Equipe. 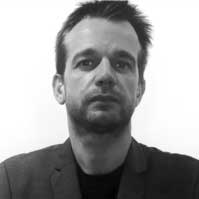 In 1998, Thibaut VALÈS took part in the creation of iTélé and also set up Cinéquanon, which specialises in sponsored programmes.

Thibaut has always been passionate about live shows and in 2003 discovered the actor Arnaud Ducret, whose career he launched. He continues to produce Arnaud’s stage, cinema and television work. 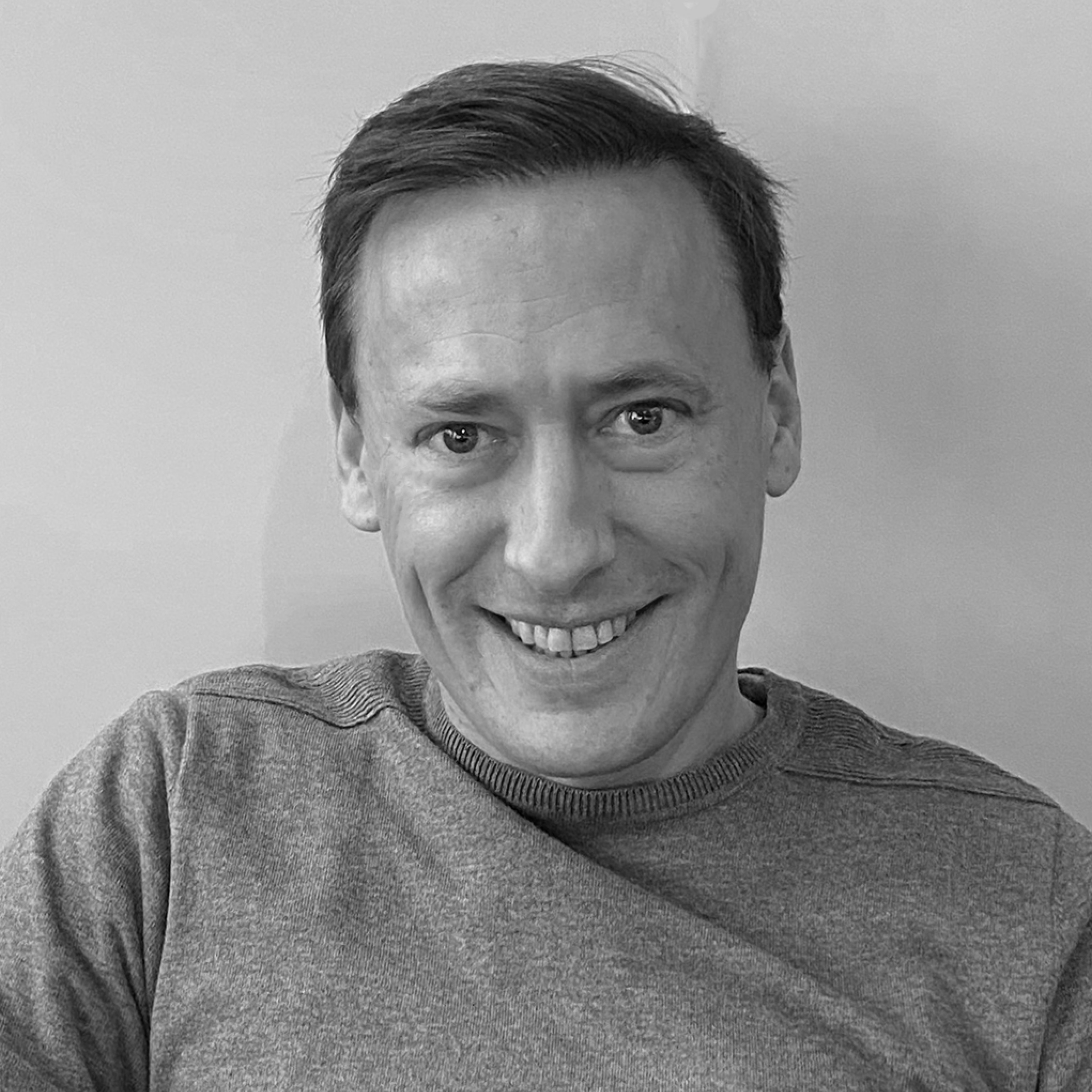 Frédéric FRANCÈS is a game show and entertainment specialist, and was Development Director at Reservoir Prod from 2004 until 2008. He was also head of game shows at TF1 from 2000 to 2004. 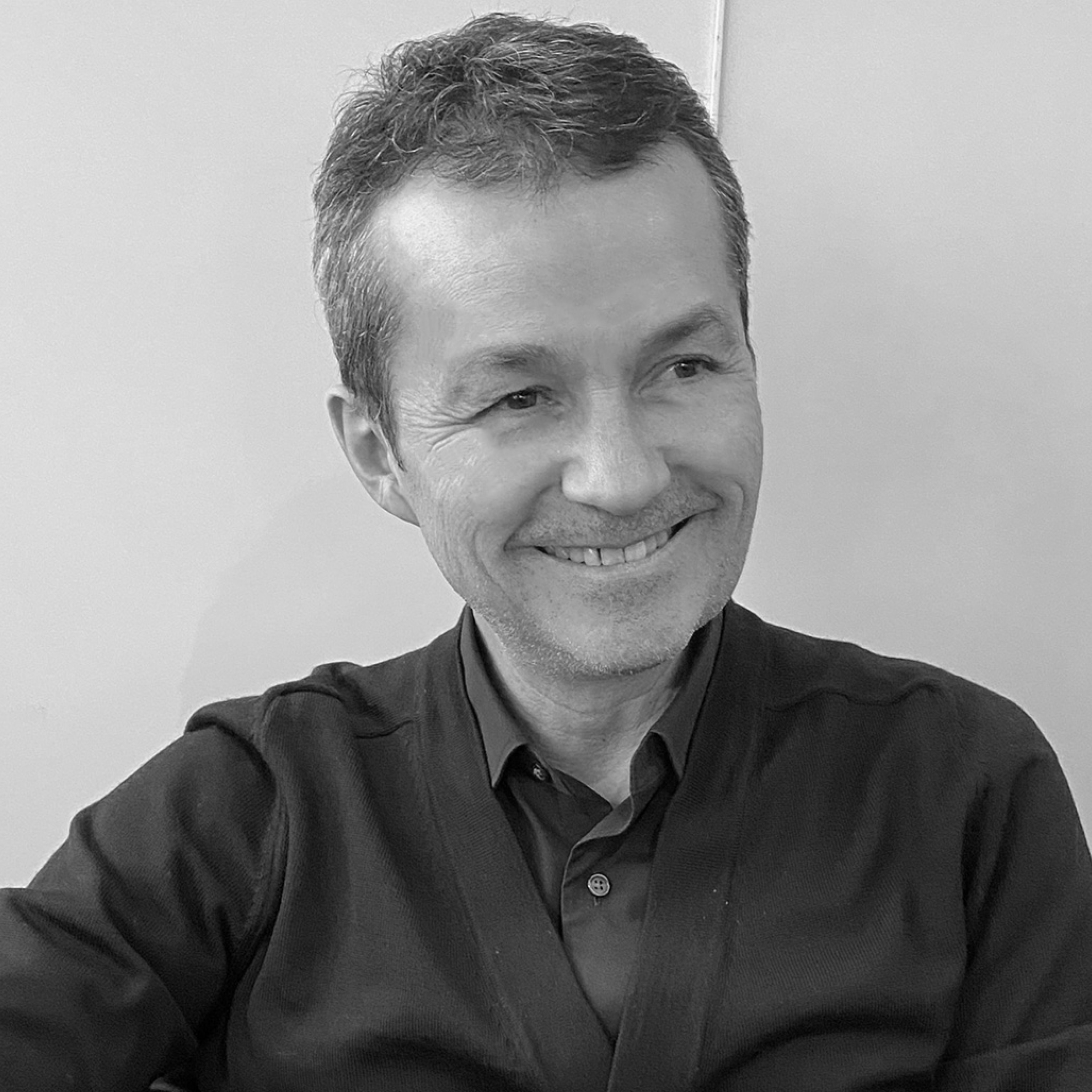 Nicolas is a specialist in documentaries and magazine programmes. He ran the Union Libre programme for five years on France 2 channel and was also in charge of 20h10 Pétantes on Canal+. He was Magazine and Documentary Director at TF1 for four years until 2008. 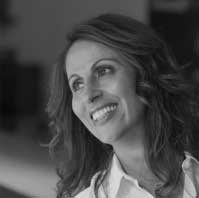 Nora MELHLI built her career as a producer both in France and abroad. She is a former high-performance athlete (1,500m athletics) and speaks French, English, Spanish, and Moroccan Arabic. She joined the international co-production department of Dune Productions in 1998. She moved to the Lagardère group in 2002, and partnered with Jérôme Minet at Studio International before selling it to Telfrance five years later. During this period Nora produced films and mini-series, in collaboration with several European countries, which were shot in France and abroad. They include Pepe Carvalho, Colette, Bel Ami and L’Affaire Villemin.

In France she created the original drama divisions for two of the largest international groups in Europe: for Endemol in 2007 and then for Shine in 2012. Her production credits for them include Yann Piat, Chronique d’un Assassinat for Canal+, the series The Tunnel in co-production with Canal+ and Sky UK, and Malaterra for FranceTV,  which was adapted from the British series Broadchurch.

Nora joined Altice Group in 2016 as Creative Director of Original Programmes and developed the group’s international cinema and series strategy. She co-produced the series The Medici, Riviera, Britannia and Tin Star for SVOD and for the group’s various channels.

In 2018 she joined forces with Jacques Arthur Essebag to co-found ALEF ONE. Since then she has been developing and producing content for French and international markets, notably films and series such as Flight MH370 and Water Wars.

From September 2011 to December 2013 Nora was vice-president of the Innovation Support Fund at France’s CNC (National Centre for Cinema and the Moving Image). She is currently a member of the advisory board of the Series Mania International Festival and in early 2019 was elected to the board of the SPI (France’s Independent Producers Union).