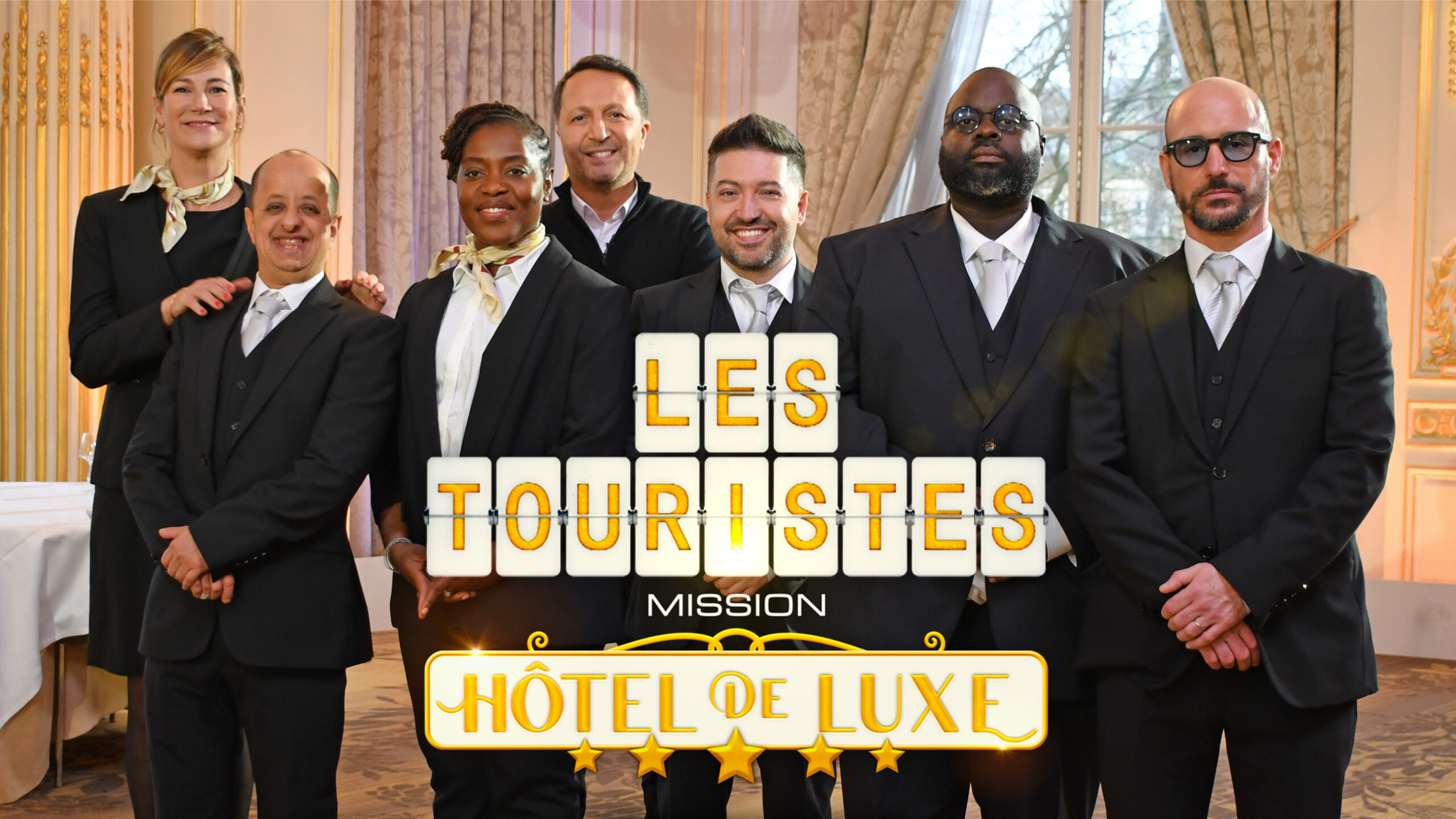 The Tourists is the first comedy/ adventure show on TV

In each episode, 6 celebrities are immersed for 3 days and 2 nights in a very special universe. They have to learn the basics of a new profession and succeed in different challenges.
Each time, the celebrities get to know each other and work together, they share real moments of emotion and discover special jobs alongside those who perform them on a daily basis. Far from their comfort, celebrities will make mistakes, goof around and not always succeed, certainly never on the first try! In the end, the one who has made the most progress or at least the most effort is always rewarded!

The first episode is set in one of the most exotic French wildlife parks, where our six  “tourists” discover a fascinating world in which they must give their all to meet the challenges they are set. They will share the daily lives of vets at the park and go through moments of intense emotion interspersed with lots of laughter.

Part of their challenge is to collect items related to their new universe in order to receive a special diploma, and they must also try to leave a mark showing that they were here by naming a newborn animal.

An adventure that our six good-for-nothings will never forget!