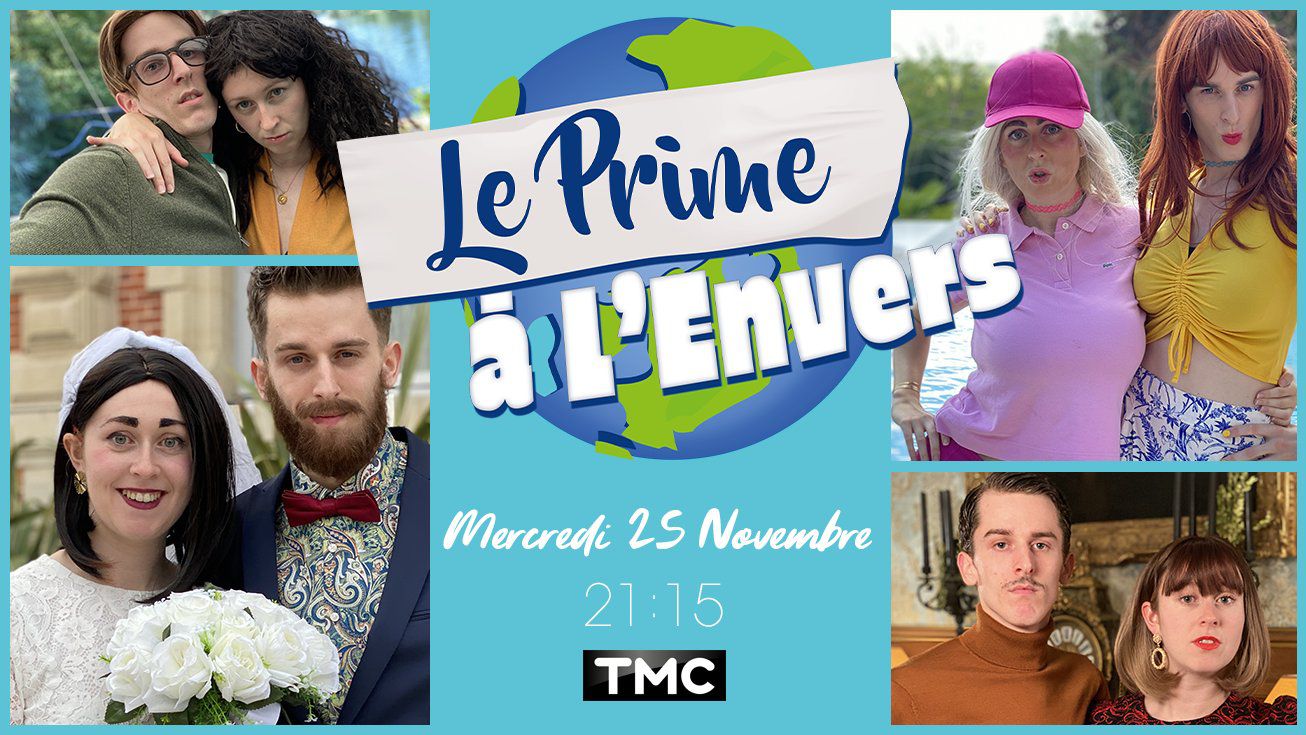 Jenny & Valentin, the Youtubers “Le Monde à L’Envers”, are producing parodies, sketches and a web series on their Youtube channel, which has nearly 3.5M subscribers and over 644 million views!
If their channel is named “Le Monde à L’Envers” it’s because they stage different characters who live in the same world but 180° apart!
For this original and parodic evening, entitled “Le Prime à L’Envers”, plunge into the universe of Jenny & Valentin with parodies on TV shows.

And as usual, there will be something for everyone! :
– “Marriage at first sight” : First sketch of the evening, this remake of the show will offer a surprising ending !
– “Les Marseillais à Marseille” : This parody is right in the middle of the universe “Le Monde à L’Envers”, and allows to find Sydney, THE recurring character that the channel’s fans love.
– “On s’est échangé nos papas” : Honouring the duo’s offbeat humour, this parody gives birth to characters from out of nowhere, including a child in the body of a 30-year-old man!
– “Le Journal de 20h00” : A succession of reports, a live hostage-taking and a political guest, the news is going to be busy!
– “Pawn store”: A very original “voice over” exercise!
– “C’est ton choix” : In this reworked programme, Jenny and Valentin will be accompanied by Elie Semoun.
And other surprises are still waiting for you …