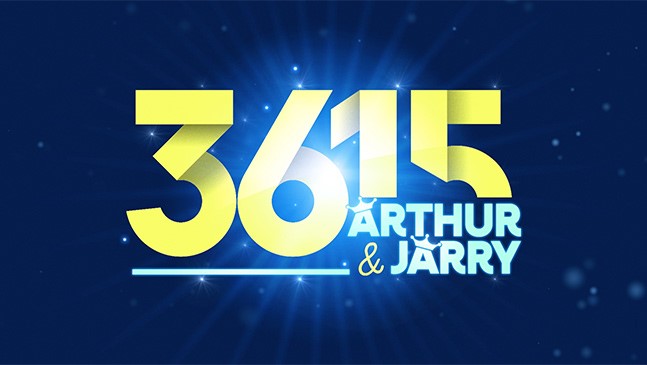 Arthur and Jarry teleport you back to 1992, the year that changed their lives.

To when Arthur presented his first TV show, “L’émission impossible”, on TF1, and Jarry started acting. How was 1992 for you?

In an impressive double set presenting the cult series of 1992, Arthur and Jarry go back and forth with their guests to the unforgettable cafeteria of the series Premier Baisers and to the cosy lounge of The Fresh Prince of Bel-Air.

Our hosts help you relive 1992 and throughout the evening will test their two guest teams composed of Kad Merad, Malik Bentalha, and Christine Bravo on one side and Ahmed Sylla,Virginie Hocq, and Manu Payet on the other.

What were they like back in 1992? Little Ahmed Sylla was only two years old, while Kad Merad was playing a role in the series Tribunal. Our guests will happily share their memories.

The year 1992 was also the era of Pin’s, TamTam, Bibop, Minitel, Bottin, the Walkman, and of K7 audio and video. How many kids today would recognise these objects?

Cartman will also be there to act as an expert on 1992. He will provide hilarious takes on the hits of the Top 50, on the cult films that marked the year like Sister Act, Dirty Dancing, Aladin, and Basic Instinct, and on the TV series of the time: Beverly Hills, Le Rebel, and Hélène et les Garçons.

The improbable clothes and outlandish haircuts on display will plunge us right back into that incredible era.

Who was Miss France in 1992? Who were the biggest TV and sitcom stars? And who were the singers who made their mark that year?

Throughout the evening, a range of surprise guests will turn up in Arthur’s “cafeteria”  or in Jarry’s living room.

And for a real 1992 Revival, TF1 will broadcast for the first time in 26 years 3615 Code Arthur et Jarry, the best moments of Arthur’s L’Emission impossible.

As Arthur and Jarry put it so well: 1992 will never be a year for losers!