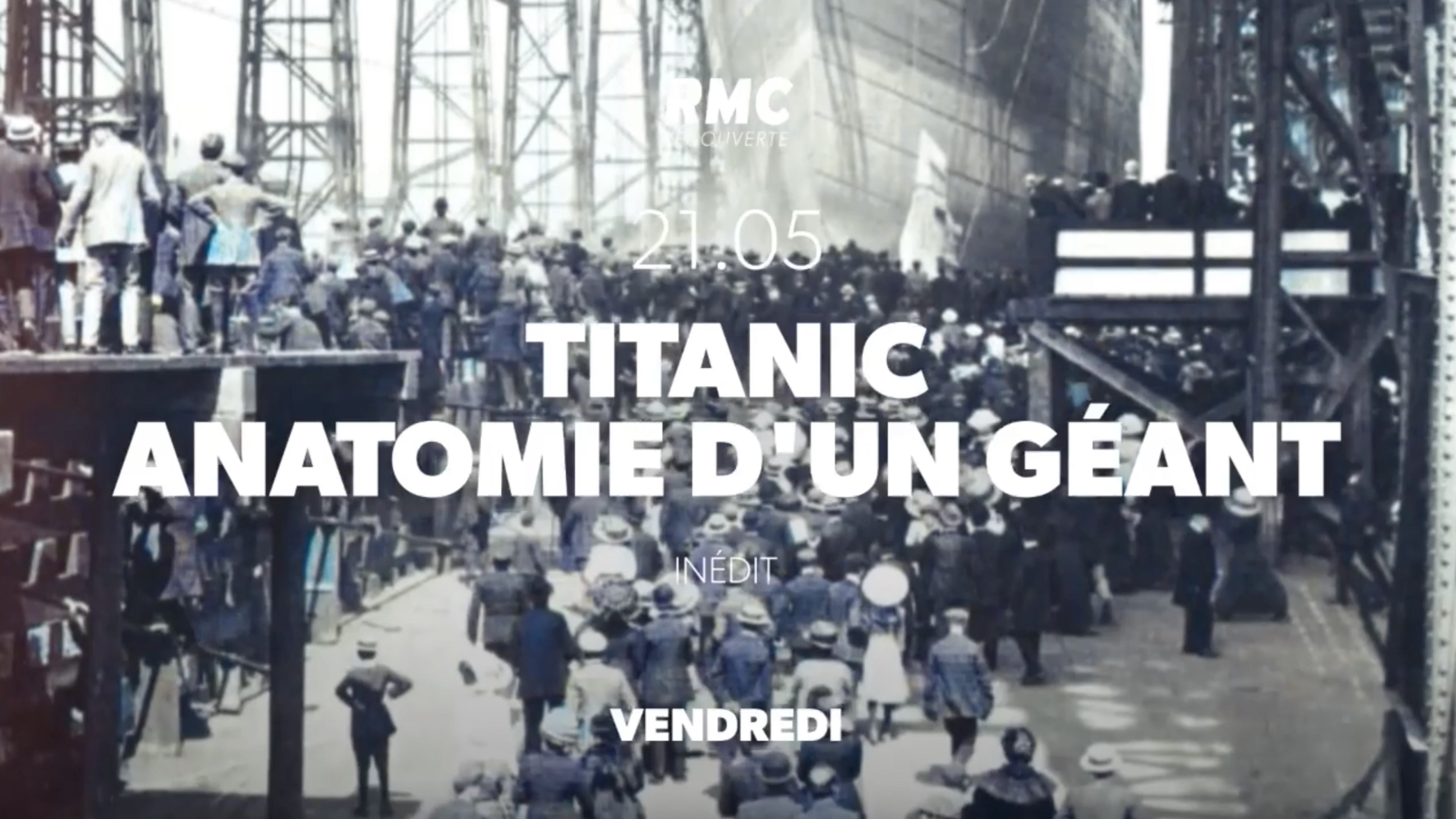 On the night of April 14-15, 1912, the Titanic sank in the icy waters of the North Atlantic. But beyond the famous sinking, there is a much lesser known adventure, and yet just as incredible as its legendary fate: its construction!

For three years, more than 15,000 men worked day and night in the docks of Belfast, which were specially built to become the largest shipyard in the world. The Titanic pushed all the limits of construction. A huge gantry crane and a floating crane capable of lifting 150 tons were specially designed.

The Titanic itself is an engineering masterpiece: its unparalleled size, double hull of riveted steel plates, watertight compartments, hydraulic system and revolutionary propulsion are all innovations that contributed to make it a masterpiece of naval architecture.

With the help of never-before-seen colorized archival images, exceptional 3D computer graphics, and thanks to the intervention of the world’s greatest Titanic specialists, dive into the backstage of this state-of-the-art shipyard. An extraordinary adventure that will lead it to its tragic fate.